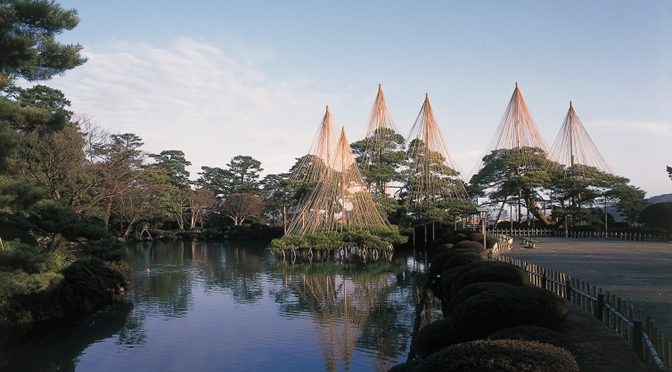 The oldest Wajima Lacquer produced in Muromachi Period is “Shu-Nu Tobira”, stored at Juzo Shrine in Wajima city. Wajima Lacquer was commonly in use already at farmers and merchants nationwide in Edo Period. From Meiji Period, decorative works such as Makie and Chinkin started to be added and used also at restaurants and Japanese inns. Wajima Lacquer has become spread by Nushi-ya who fabricated own products and carried them on the back for peddling nationwide visiting customers from door to door. The quality has been polished through tough eyes of customers. Both of elegance and robustness have been required to keep trade with restaurants and inns running where utensil is repeatedly used. The robustness was highly regarded, and in case of failure repairers provided repairing services to maintain trust with customers.

Wajima Paint is an eco-excellent tool that can be reborn as new and used for a long time beyond the generations, by repairing and repainting damaged ones. It is a big feature to mix a kind of diatomaceous earth (Keisoudo) called “jinoko” which can be obtained by Wajima in the lacquer of the base. This increases robustness. They paint this base in layers, and reinforce it with “nunogise” further, intermediate, do the top coat, and polish up. This is beautiful enough, but in addition to this, there is also the one which performs the decoration such as Makie and Chinkin in Wajima Lacquer. In Wajima, there are a lot of master craftsmen who are in charge of such a decoration. The human national treasure has also been fostered. Wajima Lacquer itself was also designated as an important intangible cultural asset of the country on April 25, 1977. Currently, Wajima has many lacquer artists competing for skill, and the number of artists expressing with more free ideas has increased.

How to Produce Wajima Lacquer

Process of Wajima Lacquer is divided into several steps, and craftsman dedicated to each of them performs its highly developed skills. The role to decide what type of product should be produced is managed under responsibility of Nushi-ya who acts as a producer, making a plan of product according to inputs directly from the customers. As soon as the plan is set, Nu-shi places an order of wood substrate to Kiji-shi. After the wood substrate becomes completed, it goes into first coating stage. At this stage, a series of processes of coating, drying and lapping is done in a repetitive manner to obtain a precise and robust coated surface. For some portions need to be reinforced, they perform Nunokise (placing pieces of fabric). Having middle coating and Fukiage (wiping) done, another craftsman dedicated in finish coating performs his work. Some of them are then passed onto Makie-shi and Chinkin-shi for decorative works if needed. Makie-shi draws patterns with Urushi, performs lacquering with gold and silver powders, makes it solidified with Urushi, and polishes it for gloss.
Chinkin-shi engraves patterns on the surface by chisels, thinly places Urushi, places gold powders and gilt, and makes them solidified. There is also Roiro process that the dedicated craftsman performs repetitive polishing while rubbing Urushi to obtain clean gloss surface like a mirror. Like this, Wajima Lacquer products go through many steps involving dedicated craftsmen for completion. 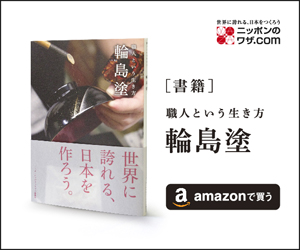 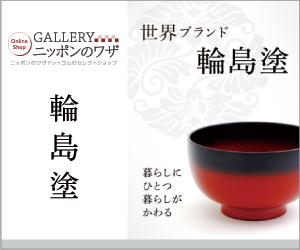